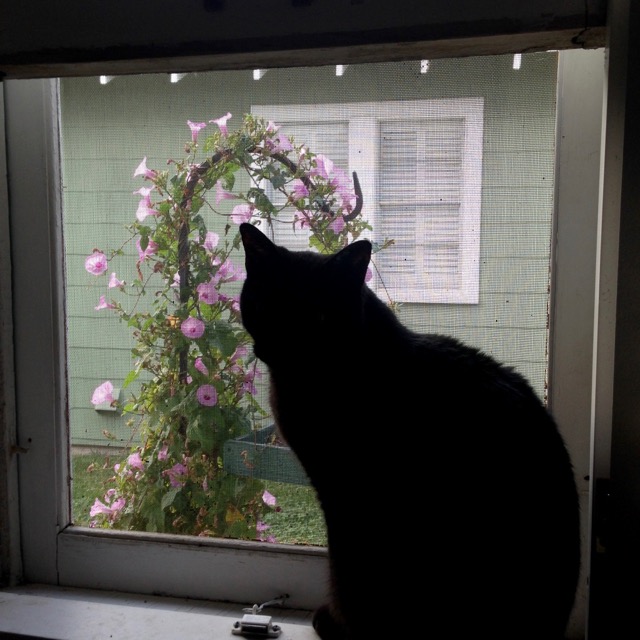 Omar in the window 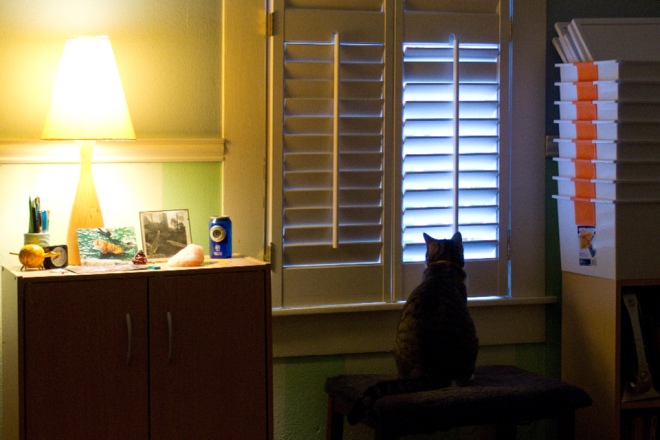 Woody longs for the outdoors. 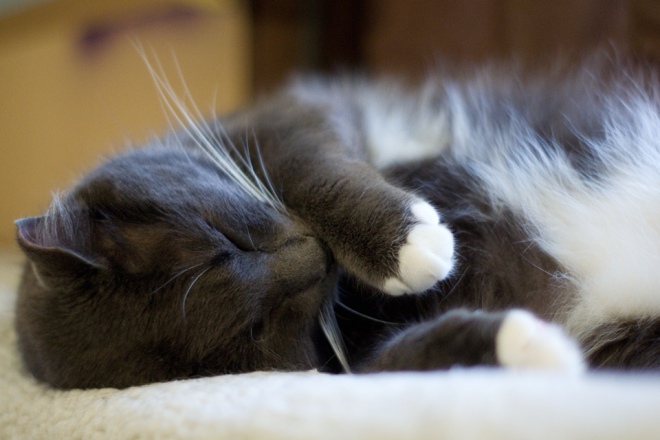 Charlie gives me another lesson in a blissful way to spend the afternoon.

Cats have this wonderful way of actively sleeping, working so hard at resting and yet still achieving it in a natural way. It never seems forced. My favorite thing about resting cats is the sense of calm that they impart on me. Their bliss becomes my bliss. 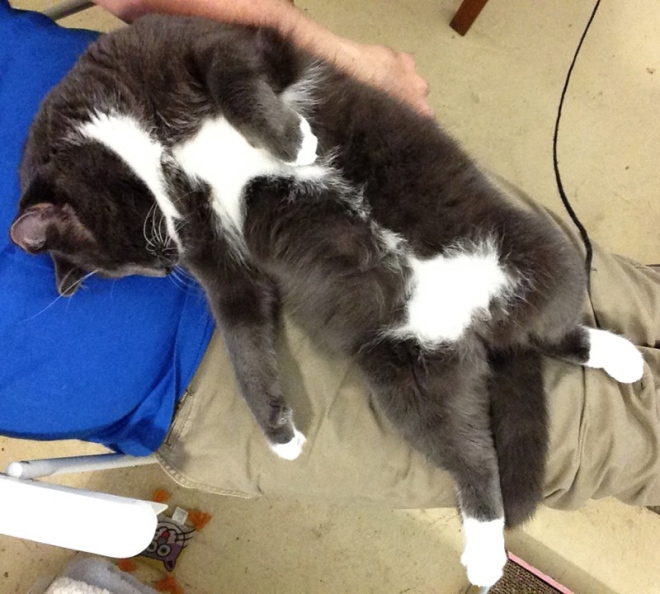 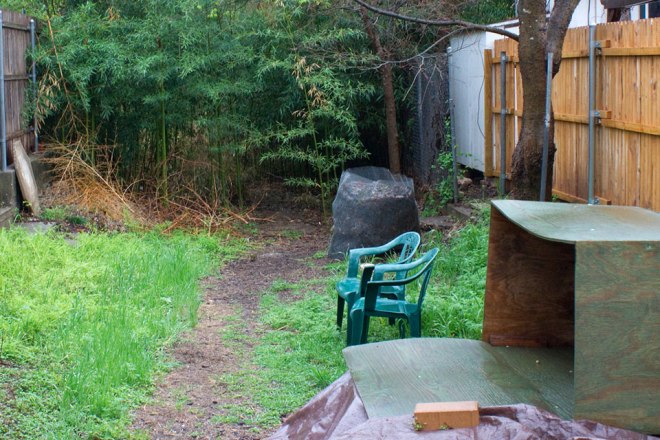 Critter Avenue
Down past the feral cat village and the compost pile lies the bamboo grove. The mysterious path, best navigated if you are less than a foot tall, winds on down Critter Avenue past the tree where the pair of Great Horned Owls share their song on even the darkest of nights. In the daytime hawks and crows cast unfriendly glances toward each other and each evening the possums and raccoons hurry along in route to the scroungers buffet. Who knows what else traverses this urban nature passage… 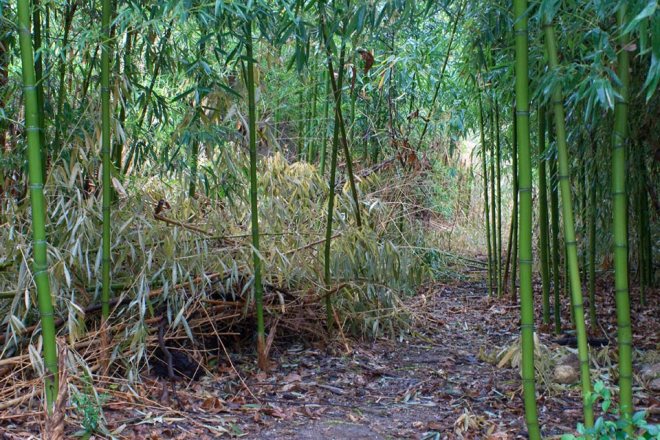 This path is an urban wildlife thoroughfare.

When I got home from work, Julie was waiting for me. She had a sheepish look on her face and we both smiled at each other. As she told me that she had done something and wasn’t sure how I would feel about it, I already knew exactly what she was talking about. She told me to follow her into the back yard and she would show me.

As I went out the back door, I spotted the pet carrier in the yard and my knowledge was confirmed. I knew that the momma cat that no one was able to catch had just had another litter and that Julie was going to go check it out that day. That’s why I knew the moment I walked in the house and saw her face that we had just gotten ourselves a new kitten. What I didn’t know yet was how much this cat would become a part of my life. 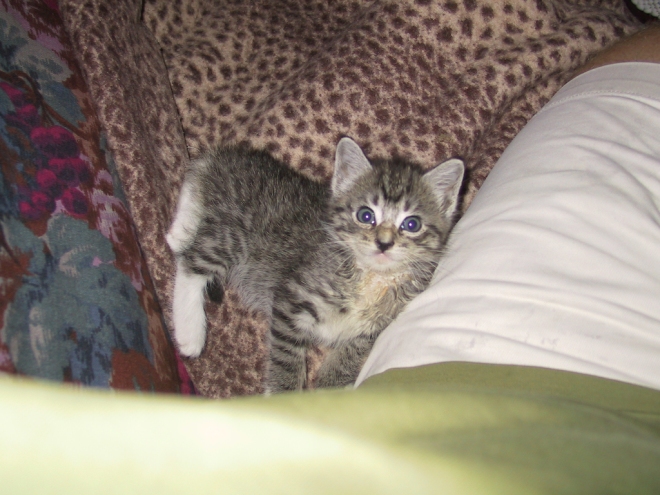 What’s not to love about this little tiger.

I stepped into the yard and this tiny blue eyed kitten came running towards me. He seemed to be smiling at me and Julie told me that she had named him Wiley. I liked the name and I loved the cat — it was love at first sight. This tiny creature had more personality ounce for ounce than anything I had ever seen. That very moment that I first saw him, my choice was made. I said to Julie, “We are keeping this cat!”

She wanted to know if  I was sure and whether or not I was just being accommodating, but I assured her that the choice had been made and it was real. With this kitten, I was totally smitten.

Wiley and I bonded immediately. Every morning  I would get up and mix some kitten food and water and watch him lap it up with his front paws inside the food. I had to wipe him off after meal. Every time I sat down on the couch (and a few other places too), he would jump into my lap. It became a daily ritual and it went on for over 14 years. I had to have my Wiley time and he had to have his Karl time. For much of his life, he would come running whenever I called him — not necessarily normal for the independently minded feline.

He was my little buddy and he has brought me much comfort in my life. A few years ago I was giving a presentation to about 200 people (on a subject I knew well) and my entire preparation consisted of sitting with Wiley in my lap for 30 minutes and listening to him purr. I have never been closer to any creature of a species different than mine.

Now I am faced with another choice concerning Wiley and this one is not so easy. Wiley is terminally ill and I am faced with the decision to let him go. He doesn’t appear to be suffering but he is headed down a short road of no return. That is certain. Our vet will come to our house so that Wiley’s last moments can be here in his comfortable surroundings and not in the cold, clinical atmosphere of the doctor’s office (which has always been very stressful for Wiley).

Last night at work, I thought of Wiley and thought about what his life is like right now and the light finally came on in my mind. When there is a humane way out, am I keeping him around for him or me? The answer was clear. After all he has brought to my life, I owe him this.

So once again the choice concerning Wiley is made. It’s time to let my little buddy go. 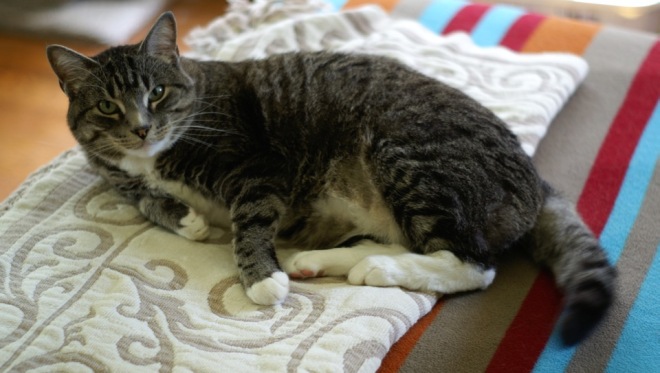 Wiley in his prime 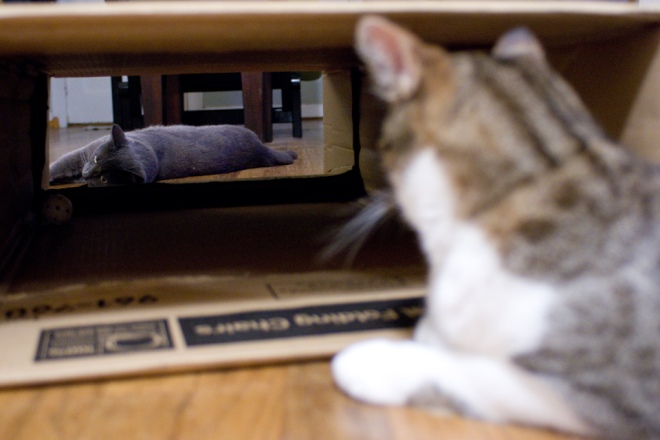 I’m standing in the pet store looking at all the cat toys. So many labels with so many photos of so many smiling cats. I’ve tried them all. And they have all led to disappointment and a promise to myself to never do it again.

The way cats can actively ignore a store bought toy never ceases to amaze me. Oh, I tell myself, I know my cats habits and likes and there is no doubt they will love playing with [insert name of seriously ignored toy here]. But it seldom works. Sometimes, if a toy is saturated with fresh catnip, cats will spend time with a it — but it’s not something I would refer to as playing. It is something more akin to the way some large lollipops get treated by some children, wet and messy.

So after decades of studious research, my wife and I have developed a set of kitty toys sure to fit anyones budget. The manufacture of these playthings requires little skill (though you might possibly have to dig through your recycling bin).

Here is my list of the three most popular cat toys
1. A crumpled up piece of paper
2. An old shoe string tied to a stick (or just the string (or just the stick))
3. An empty box

I take no credit for invention of these toys and firmly believe they have been psychically communicated from cats to humans down through the ages. We are simply the conduit or vehicles through which the cats themselves achieve their goals of toy making. It’s either because cats don’t have thumbs or because they just like watching people work for them (my money is on the latter). So I leave you with several examples of some of the most fun and least expensive cat amusement on the market. 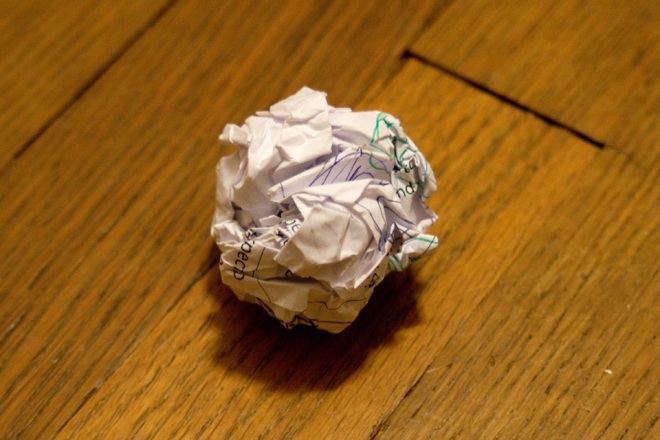 Here Kitty, Kitty. Always make sure to crumple it nice and tight. 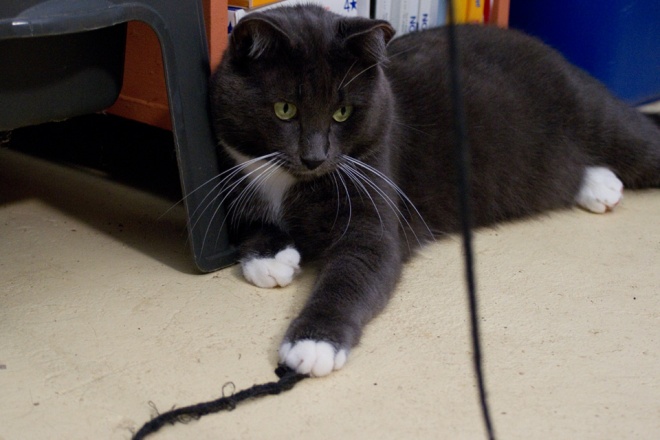 Charlie contemplates his next parry. 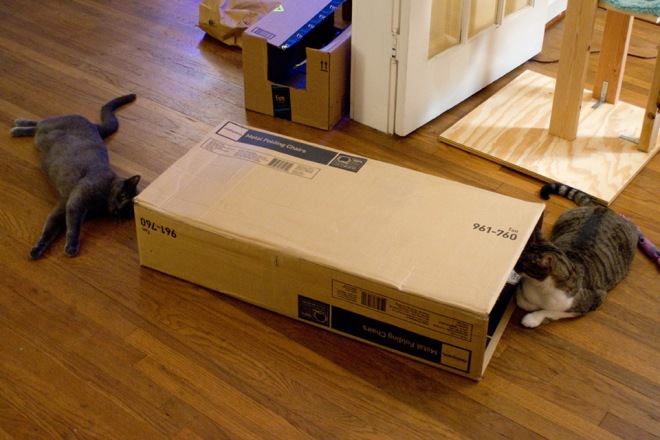 The right box can even provide fun for multiple cats simultaneously. 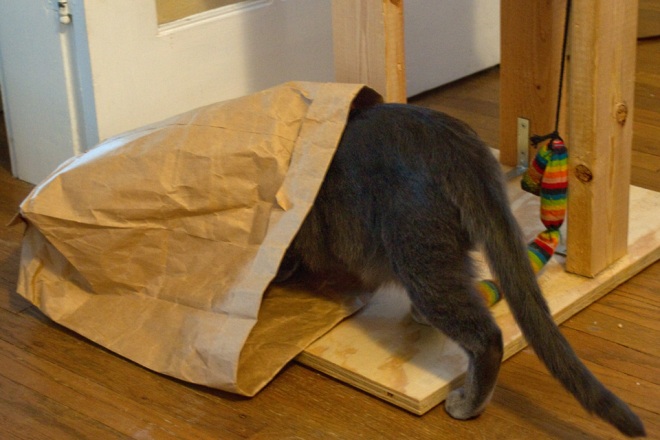 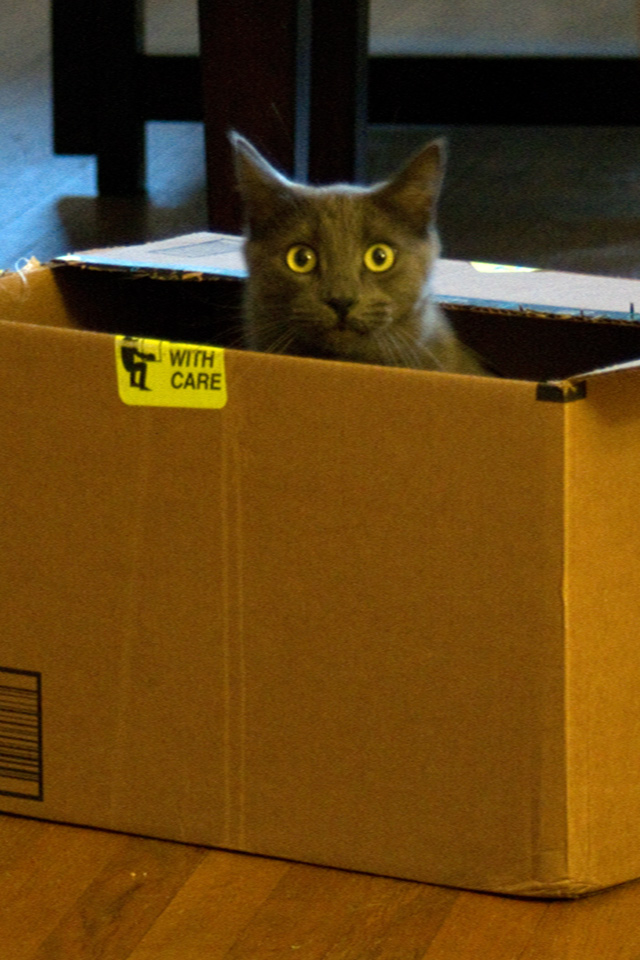 I woke up and there was a giant fish outside my window. 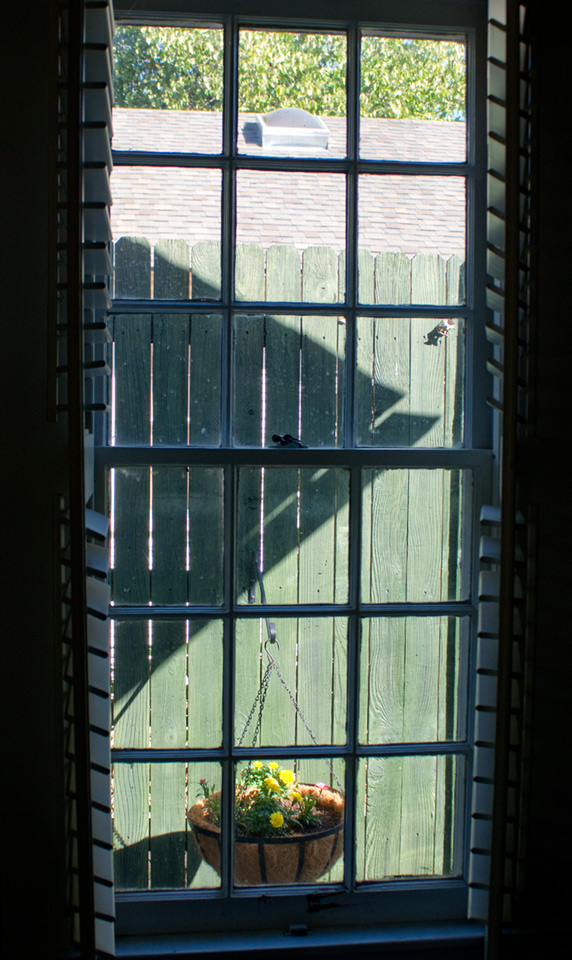 You’re not that Land Shark I’ve been hearing about are you?

Coming soon to a neighborhood near you… 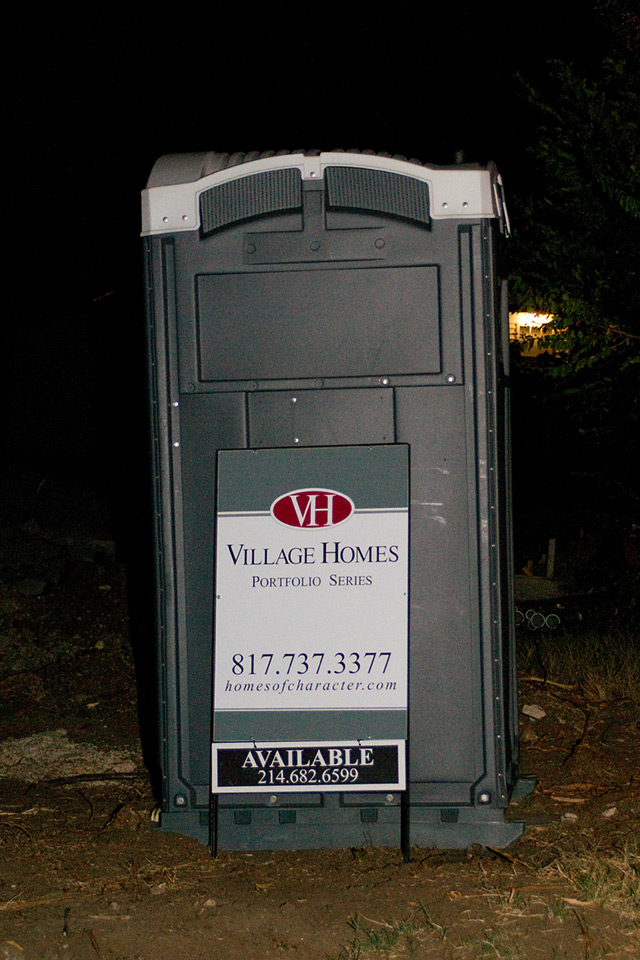 Hope the price is right.

Keeping an eye on things. 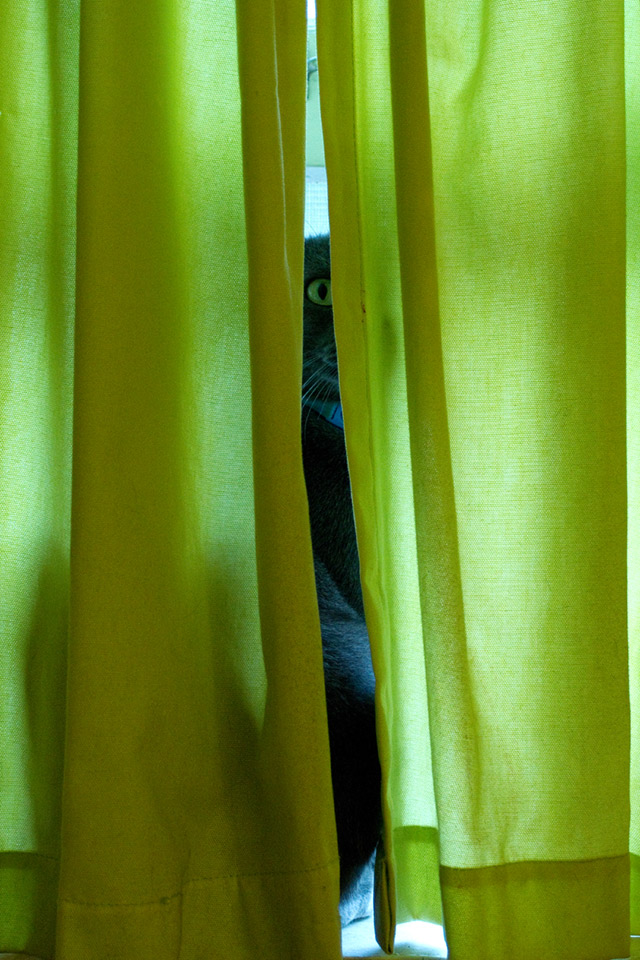 Wanted to get the last of the wintertime shots in

No more until next year — I promise. 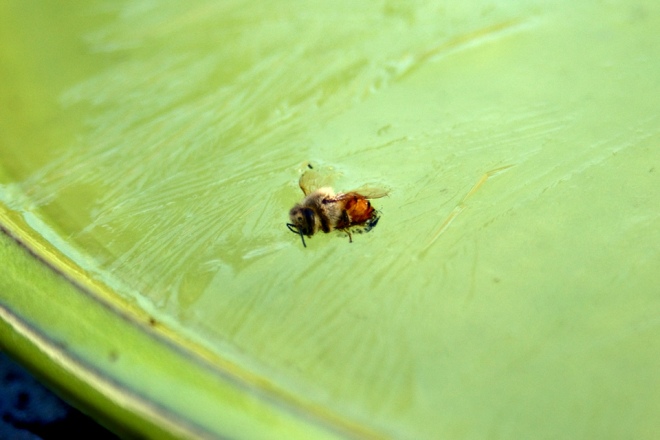 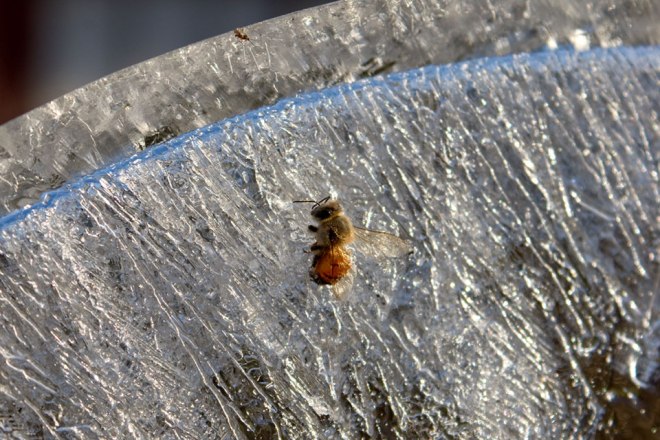 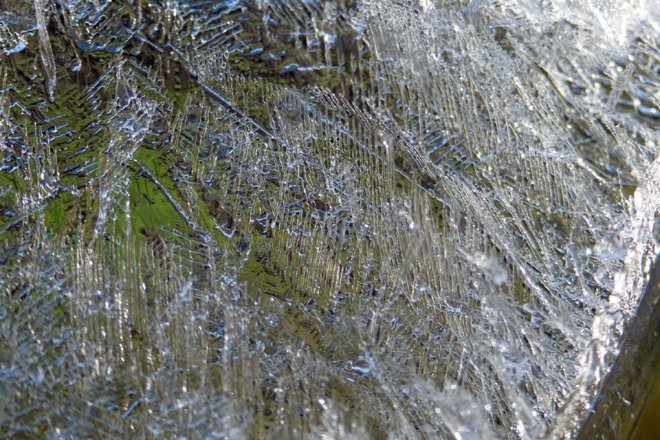 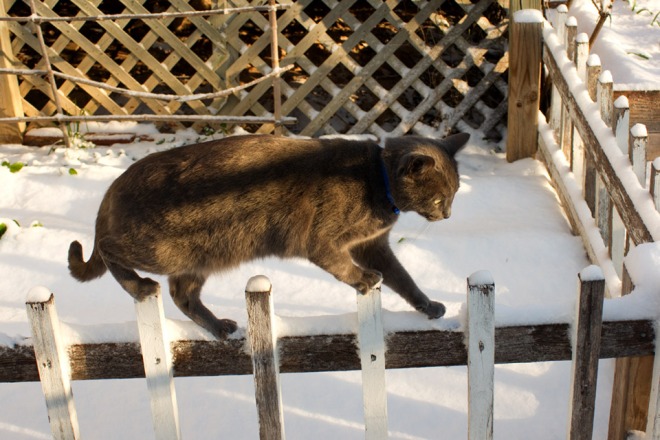 Leo is learning to negotiate this strange substance. 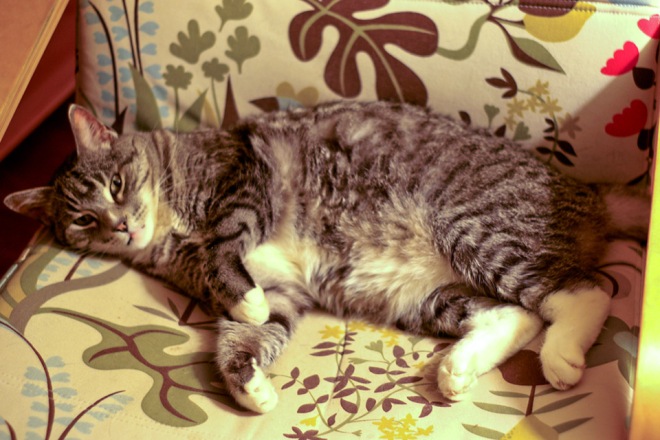 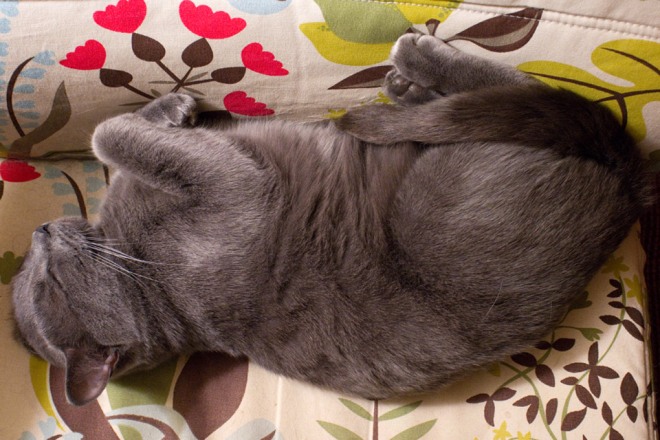 The Easter Kitty resting his bunny feet before his big weekend. 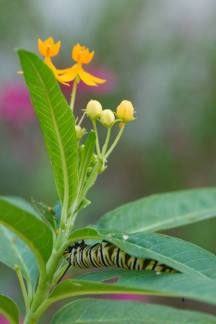 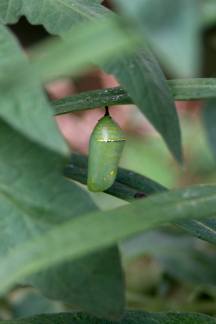 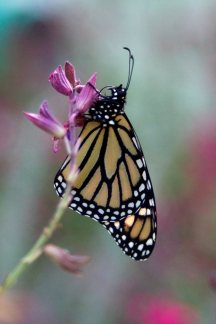 Carousel is a lie...
The Shameful Sheep
Learning To Paint
Create a free website or blog at WordPress.com.
Loading Comments...